Noir and Emma visit Cleric and Lola, but they decide to return because they find the two of them fighting about something. In the morning, Emma visits Noir, and he tucks Noir’s head into his chest. Noir comments that they are still rocking and getting bigger every day. He realizes that Tulip Lion and the villagers are watching, and he tells Emma to back off. Emma realized that it was too embarrassing but also didn’t satisfy her cravings by sniffing her chest.

The two of them head to school, where they run into the Duke’s daughter, Maria. Amane thanks Noir for helping them a few days ago. He is happy that the curse of Maria’s 16th birthday has disappeared. All thanks to Noir who participated in the Haren Pride Event and got his LP by witnessing the beauty of girls. Noir’s powers, along with the Pastor, help them break the curse of Maria’s death. Emma gets jealous when Maria hugs Noir so tightly that her chest squeezes Noir’s hand.

The Hidden Dungeon Only I Can Enter Episode 8 Release Date

Previous The Hidden Dungeon Only I Can Enter Episode 7

Teacher Elna enters the class and talks to students about the next exam. He told them that they had to gather materials and monsters to collect 100 000 points. If they didn’t make it, they would take extra classes in the summer, even on vacation. Elna tells them that they can do anything they can to collect the items. The students were worried that the monsters on the list were rare. He tells them that it’s not easy to be heroes.

Later, Emma asks Noir to help her with their exam, and she agrees. Emma comments that the material featured on their list is not appearing on the market. Noir asks Emma what she is going to do. Emma replied that she was looking for dragons, and if they worked together, they wouldn’t be stopped. Noir says they have someone to rely on, and he asks Emma to follow him. On the way, Emma realizes that they are going to another woman she doesn’t like.

He doesn’t like Lola around Noir because Lola always teases Noir. Noir also fell in love with the beauty of Lola and the Pastor. Noir assures Emma that Lola can help them as she is the designated receptionist. When they get there, they find Lola claiming that the cool new Sarah took her job. Lola reveals that Sarah flirts with every adventure that comes in, and she’s become a more popular flirt than she is. Sarah challenges Lola as to who will win as they seduce the adventurers.

Lola accepts the challenge, and Sara tells Lola that she will take over Noir if she wins. Noir saw how hot Sarah was. He uses the power of the Eye of Discernment and witnesses the impossible he finds out why Sarah is such a popular flirt. Noir realizes that no man can fight back like Sarah. Sarah touched Noir, and he jumped away, feeling how sexy Sarah was. Noir’s nose starts bleeding, and the three of them tell him that he shouldn’t think of bad ideas.

Sarah left them convinced that Noir was already hers; he just touched it, and he couldn’t hand it over. She told Lola that she gave him a month to make more adventurers fall in love with her. Noir realizes that if Lola loses, she will belong to Sarah. He had the ridiculous idea that he would lick and kiss Sarah every day. The girls watch Noir blow kisses in the air. They called out his name, and he pretended like he just whistled. 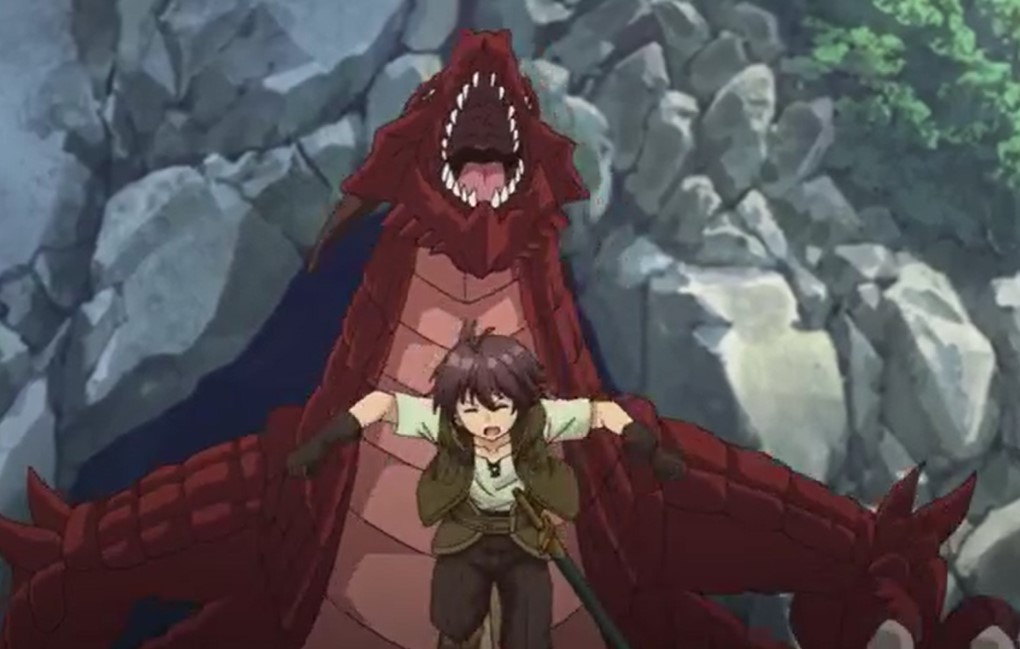 A Hidden Dungeon That I Can Enter

Noir asks the girls how they will beat Sarah, and they say that they will show her who’s the boss of seduction. Then they head to the mountains and defeat the earth dragon with Noir’s help. They put a dragon in their collection as part of an upcoming test. Noir allows Lola, Cleric, and Emma to get him more LP. They used seduction skills to increase LP Noir.

They headed for the mountains again to bring down the fire dragon king; after defeating the fire dragon king, they handed the materials over to the Hero Academy. They gave some dragons to Lola so she could impress the guild leader. Instead of using his seduction skills, the man was impressed by his skills. He managed to beat Sarah without using her beauty; he used the power of his skill.

Lola becomes a popular dragon slayer. All adventurers fell in love with Lola, and she got more votes than Sarah. Sarah couldn’t believe that her seduction skills were beaten. Then Lola romantically thanks Noir, who realizes that Lola has the true beauty of a woman. After getting the cake, he headed to the Dungeon and accepted Olivia’s offer.

The Hidden Dungeon Only I Can Enter Episode 8 Preview

That’s what the next episode offers; check out more details here; The Hidden Dungeon Only I Can Enter Episode 7.