The Falcon and the Winter Soldier like WandaVision is a Marvel TV miniseries coming out on Disney +. The events of the event are set after Avengers: Endgame. This will coincide with WandaVision and will be part of the Phase 4 MCU. The miniseries were supposed to arrive earlier but were delayed due to the COVI-19 pandemic restrictions. For now, we have The Falcon and Winter Soldier trailers in hand. Inside are a few easter eggs which might be enough to get a better idea of ​​the plot. In this article, we will cover the easter egg of The Falcon and Winter Soldier trailer which gives us a better idea of ​​what to expect in the miniseries. 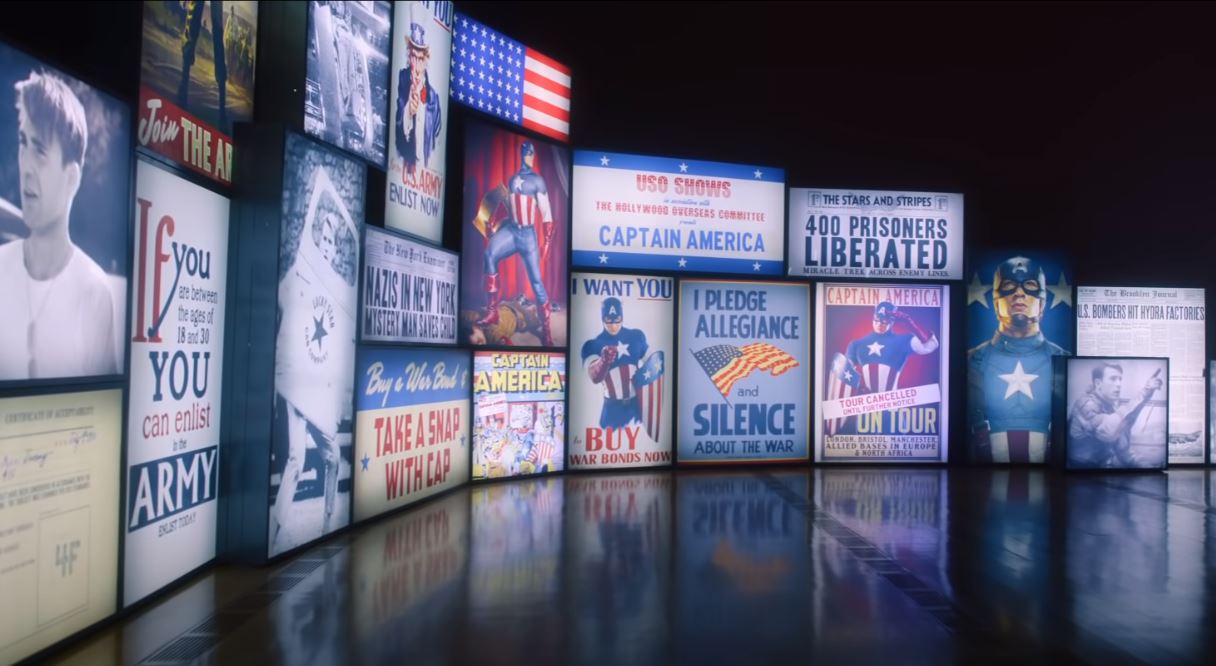 The trailer shows the Captain America museum display, where we can see some memorabilia dedicated to the life of Steve Rodgers. First, we look at his pre-life photo of Captain America. This image was previously seen on Peggy Carter’s desk. Next was the cab door which he used as a makeshift shield that once made the headlines of the newspapers. There is a comic book that shows Captain America for the first time in the real world. This comic book version doesn’t have Bucky’s snippets like in the MCU, Bucky didn’t start out as Captain America’s sidekick. Then we see a poster that says Tour Canceled, which was actually when Steve was an actual soldier. This poster image is actually the work of comic artist Joe Jusko.

There is a sign that says 400 Prisoners were released as she rescues Bucky and the howling commando from HYDRA. There’s a picture of him from the news movie looking at Peggy Carter’s compass. Then there are the other headlines about the HYDRA factory bombing that we see in the montage in the first Avengers movie. Finally, we can see the Captain America uniform from the first Avengers film that was showcased.

Also Read: Marvel’s The Falcon And The Winter Soldier, The Next Captain America? 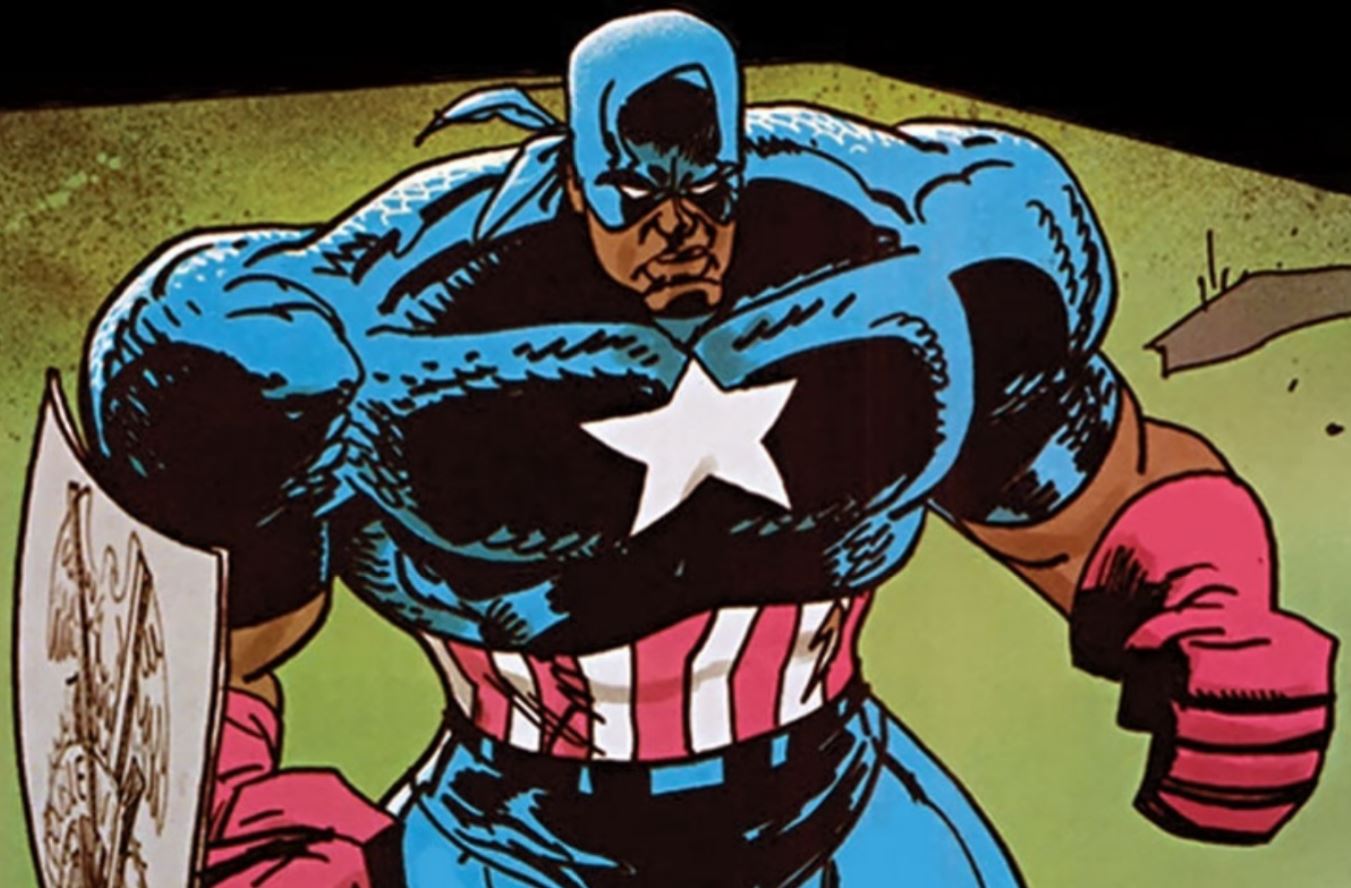 If anyone can remember, Steve gave the shield to Sam but even so, the shield appeared in the museum. And then in the trailer, there are other people. It’s entirely possible that Sam didn’t feel it was appropriate to use a shield, but the statement he made in the trailer says otherwise. He said that the inheritance of the shield was complicated. It gets people thinking about what’s really complicated about Steve’s history. However, in reality, there is more to it than that.

This statement may refer to the Black Captain America, Isaiah Bradley. He is a New Yorker whose life changed after the Japanese attacked Pearl Harbor. After the US lost production of super soldier serum due to Dr. Erkskine, the army still wants to continue production. For this, they forcibly recruited and tested 300 African Americans. Of these, only a few survived, one of whom was Isaiah who became the first Captain America. There are even rumors circulating that Cal Lumbly is likely to play this role. 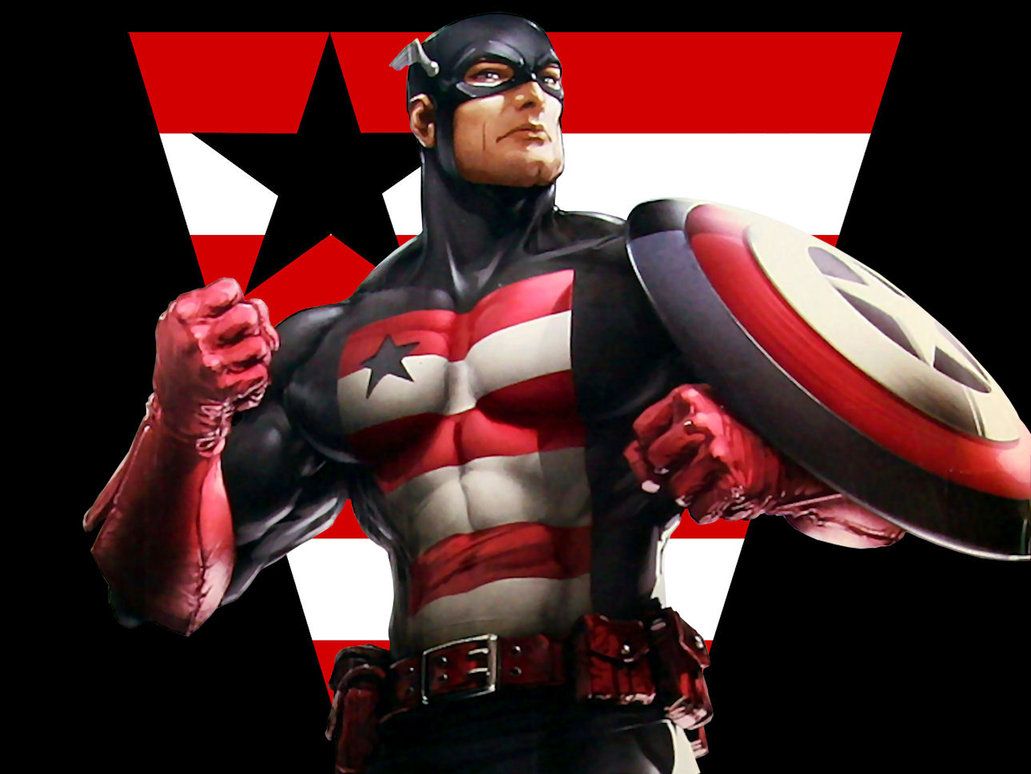 In comic books, Steve Rodgers once walked away from being Captain America. During this time, he took over the Nomad persona. At that time, the Government wasn’t ready for black Captain America, so they gave the title to John Walker. But, John Walker took patriotism too far and became too violent. He was later redesigned as a US Agent. John Walker will be played by Wyatt Russel in The Falcon and the Winter Soldier. And during the trailer, we can see him walking onto the soccer field. Here we can see the possibility of his official announcement as the new Captain America. In the MCU, it is entirely possible for Sam to give the shield to the Government for now, but they decide to give this soldier a Captain America cloak.

The Falcon and the Winter Soldier introduces Madripoor. 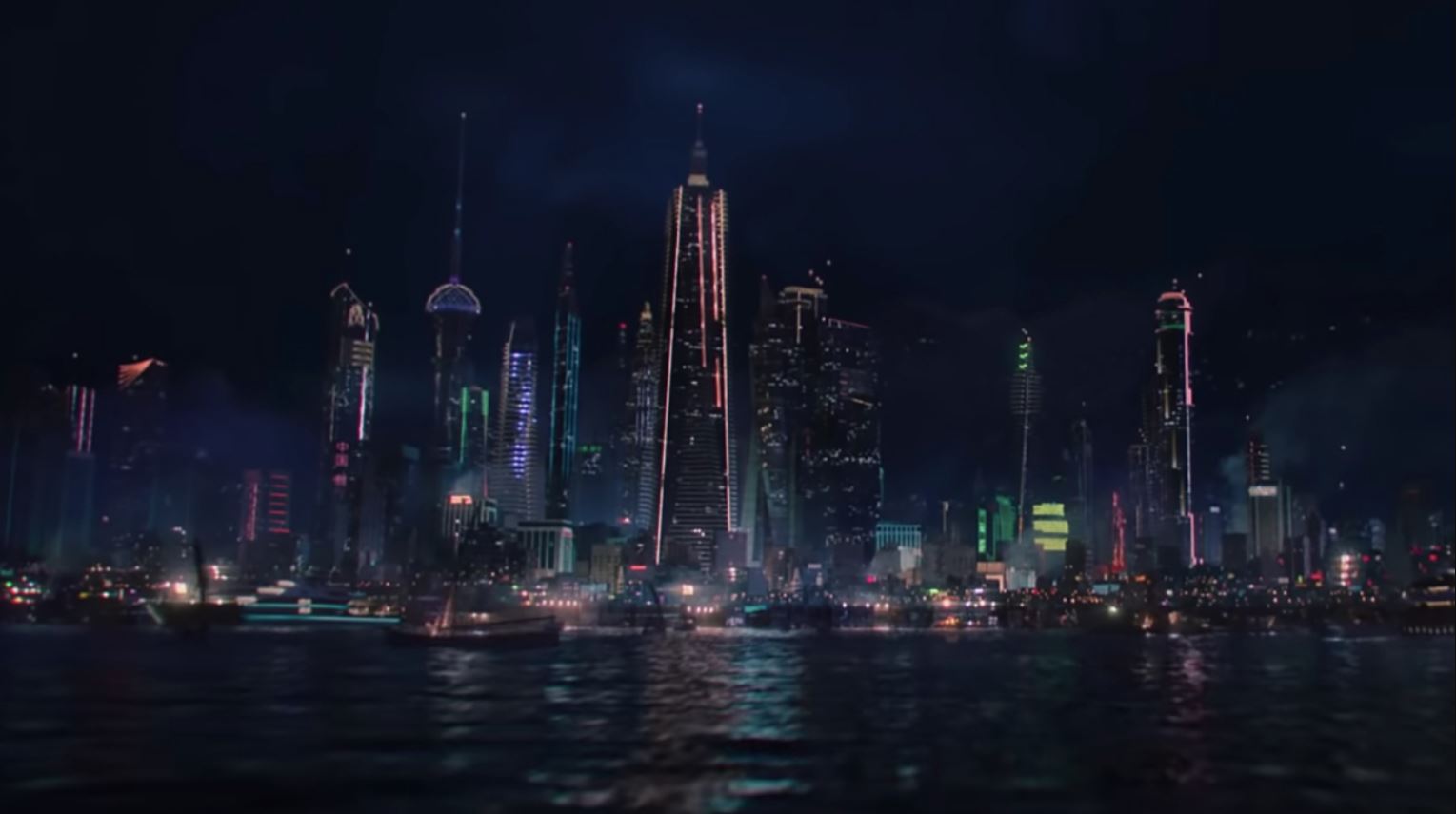 In the trailer, we take a look at some integral shots of the vibrant fictional city of Madripoor in Southeast Asia. The city is identifiable by its flags splattered in the trailer. In the comic books, the city is deeply associated with the X-Men, and many of the residents from here are tied to Wolverine. It’s interesting to see how quickly Marvel is incorporating something FOX previously had. This disclosure could be a sign of confirmation of the existence of mutants and even Wolverine in the MCU.

The city of Madripoor is divided into two parts between the very rich and the very poor. This is evident from the shots of the vibrant skyscrapers and the poverty-stricken side of the city, both shown in the trailer. This tropical island is divided into Hightown and Lowtown. The Hightown being the place where most of the action seems to take place in the show, while Lowtown could be the area where the Flag Smashers inhabit. More on Flag Smashers will be discussed further below.

Also Read: Why You Should Be Watchful Of Falcons And Winter Soldiers?

Baron Zemo is back! 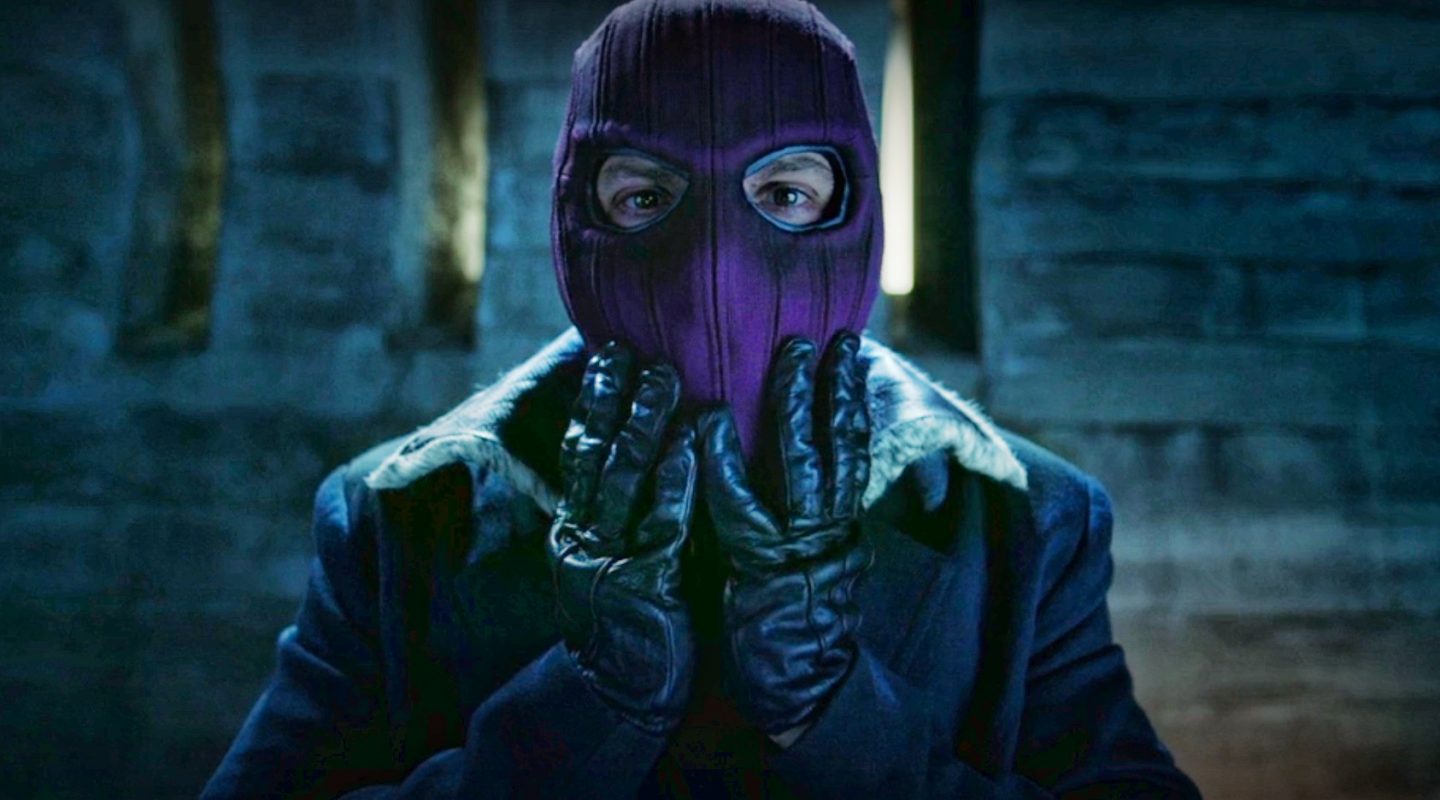 Until now, from the trailer, we can feel that in the show Baron Zemo will act as the main antagonist. But, this seems quite complicated because a little footage from the trailer shows Zemo walking around Madripoor with Sam and Bucky. He is later even shown standing next to Sam while Bucky is in a bar brawl.

Baron Zemo is a Captain America villain who first appeared in Captain America: Civil War. In the trailer, we can see him still mourning the death of his family. He blames the Avengers as he stands in front of the Sokovian Memorial. Sokovia is a fictional country in the MCU. So, his mission still stands to get rid of the superhero world as he feels there’s no need for them after the threat imposed by Thanos has passed.

As for his appearance, fans were disappointed that Zemo’s portrayal in Captain America: Civil War was unlike any comic book. But, things seem to get better now that we’ve caught a glimpse of him carrying and wearing his classic purple mask from the comic books. Only time will tell if he really is the main antagonist, or will he team up with the Falcon and Winter Soldier to stop a bigger threat.

Sharon Carter appears in The Falcon and the Winter Soldier. 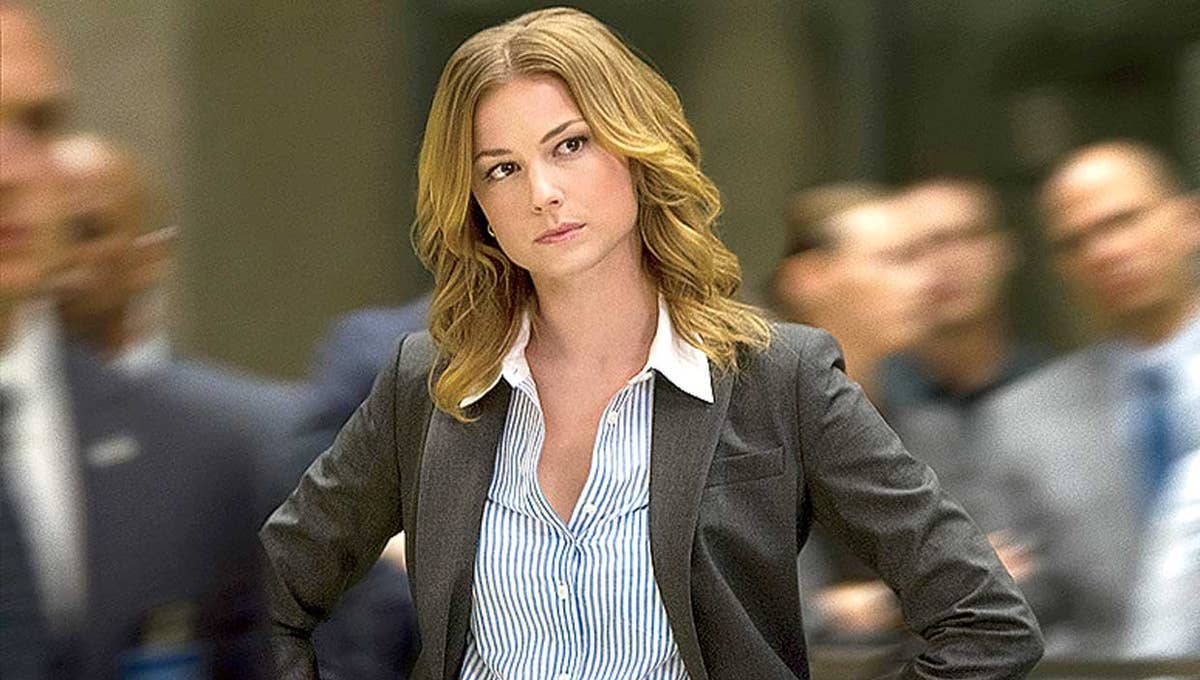 Still image of Sharon Carter on the MCU – MARVEL credit.

One more return is Agent 13 Emily VanCamp, Sharon Carter. Canonically he still looks like a fugitive who has been on the run for seven years, if so he is not affected by the blip. His first appearance was in Captain America: Winter Soldier, after which he was on the run for breaking the Sokovia treaty. In the trailer, we see Carter aiming a gun at the titular heroes. This means that he still follows Nick Fury’s advice not to trust anyone.

He’s even seen picking up some henchmen who don’t appear to be Flag Breakers, therefore we can even expect other rogue organizations to come into play as well. Perhaps, they could become Zemo’s allies, but nothing has been confirmed yet. Previously, Sharon Carter had only seemed a distracting form of attraction for Steve Rodgers. But now, he seemed like a source to be reckoned with. He’s definitely one of SHIELD’s best agents.

Read: Release Date of The Falcon and the Winter Soldier Season 1 Episode 1, Streaming Platform, and Spoiler 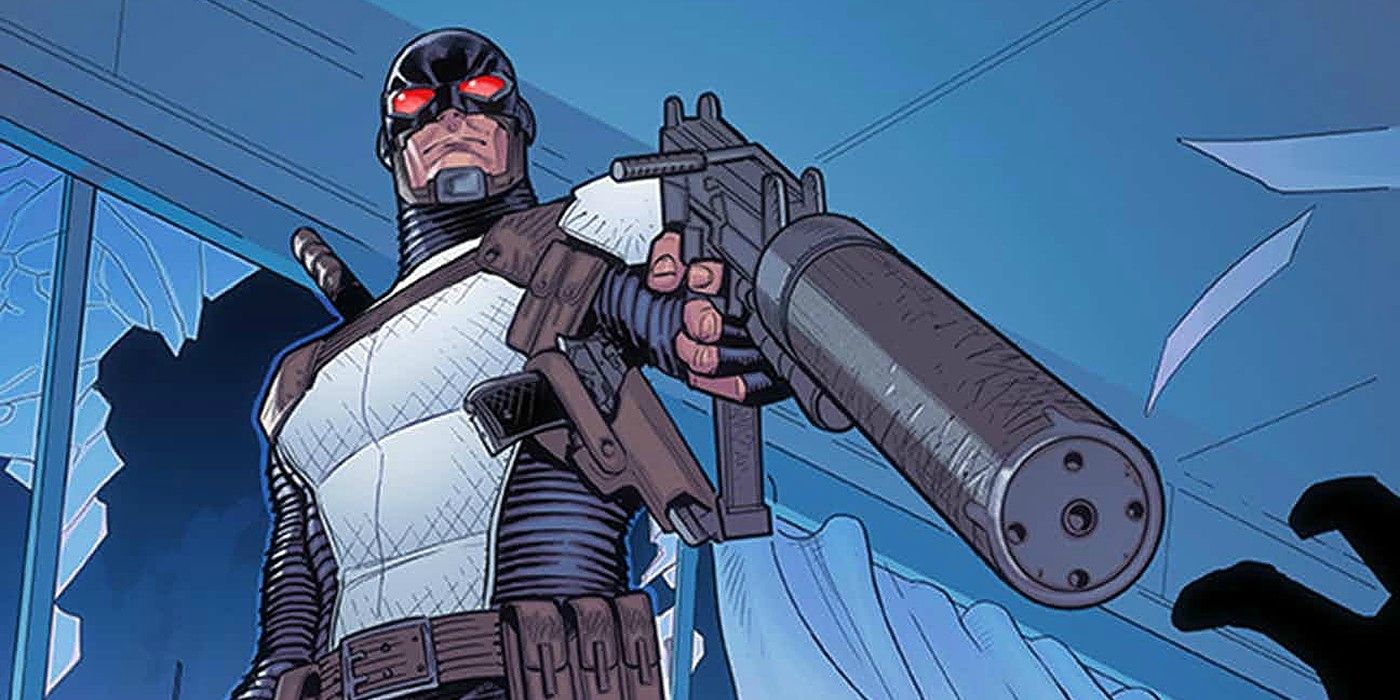 The Flag-Smasher in the Comic book.

In the trailer, we witness the terrorist group Flag-Smashers. It seems that they came from lawless land in Madriporian Lowtown. Initially in the comic books, we saw that Flag-Smasher was Captain America’s enemy. Here in the MCU, we have a gender-swapped version of the character as we’ve seen Erin Kellyman’s version of Flag-Smasher. They seem to be smuggling or carrying something of value as we see in cargo yards, cargo trucks and cargo planes. There is even a scene on top of the truck as Falcon and Winter Soldier face Flag Strike. Here, Winter Soldier is teased by Falcon for his defeat against the little girl. This group of Flag-Smasher opposes nationalism, and everything Captain America stands for.

You can watch episodes of The Falcon and the Winter Soldier when they premiere on March 19, 2021 Disney +.

Also Read: The Falcon And The Winter Soldier: Everything Revealed So far