The upcoming war finally started in That Time I Got Reincarnated as a Slime Episode 5 with the Kingdom of Tempest under attack. Anime has improved a lot this week, and we’ve seen the start of the attack when Myulan finally reveals her true intentions. It seemed like the Tempest Kingdom was under a full scale invasion from Falmuth while Rimru was still away. Falmuth prevented anyone inside from contacting the outside world and erected a double barrier above the sky of Tempest.

This meant that Kindom was now under siege, and the spies that had entered could quickly attack Tempest’s forces. This episode will probably come to show how strong the Tempest Kingdom is and not only suddenly developed. But Rimuru knew that this was possible, which explained why he had gathered such a strong following in the first place. Then he founded the Tempest Kingdom to ensure that everyone inside would be protected even if he left.

Other kingdoms underestimated the Jura Tempest warriors, and now they have trapped them inside Jura Tempest. They probably intended to kill most of them and take over the Kingdom, but what they didn’t know was how strong the people they trapped in it were. The Kijin were probably in trouble because Shion started showing some weakness when the anti-magic barrier was erected. But knowing him, he would still be fine without any magic. Luckily the tempest kingdom didn’t rely too much on magical attacks and had also trained its goblins who didn’t rely on magic at all.

At that time I Reincarnated as a Slime Episode 6 will continue this next week, and you will be able to see new episodes online Crunchyroll.

The Tempest Kingdom is Under Attack 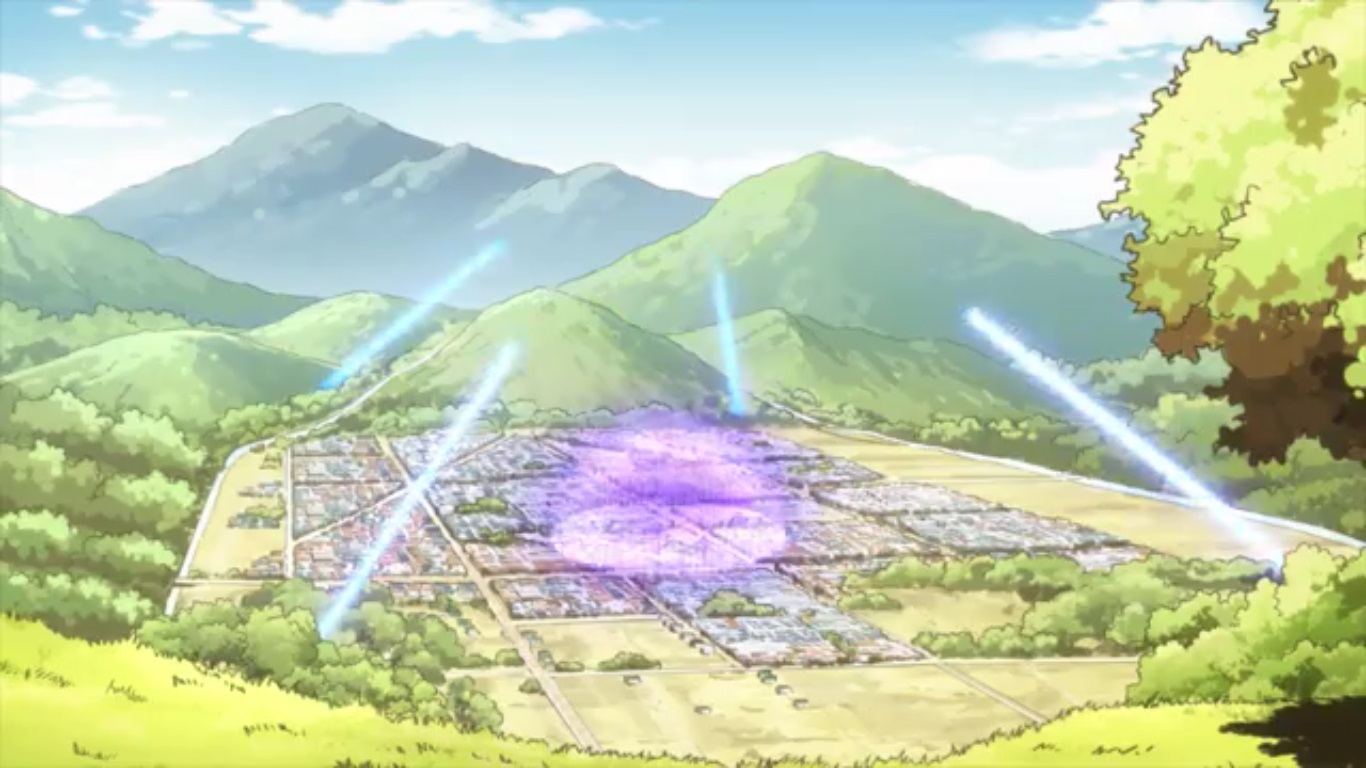 With the anti-magic barrier, those within Tempest would not be able to contact Rimuru. And the troops of the Eurazania empire have signaled to them of the coming war. They said the war was against demon lord Milim, but for now, the invading forces were from the Falmouth Kingdom. With Rimuru away and unreachable at this time, he was unaware of the war that had just started. This meant that the invading forces would be able to fight for a while without Rimuru’s interference.

This is another way of showing how strong they are. All the fighters within Tempest were strong, and if they could thwart this attack without Rimuru’s interference, it would send a powerful message out there. Things would most likely turn out this way in the end, and the result was that the invading army would likely be annihilated.

It was only a matter of time before Rimuru heard of the ongoing war and since Eurazania claimed that action was against Milim. It seems like a misunderstanding since Milim is Rimuru’s good friend. It’s possible that Milim might not be on good terms with Eurazania and might join the war to help. But for now, Fulmuth is facilitating the attack on Tempest and it’s only a matter of time until we see Tempest’s troops retaliate.

Gobta is already getting into fights, and this is where we’ll see the improvements he’s made from his training. Some of the invading powers seemed to have hostility towards the leaders of Fulmuth and they complied because they feared them.

This meant that this invasion was a good opportunity for Tempest to gain more followers. After the fight, the Tempest kingdom would understand that most of these people were forced and they were afraid of superiors, and then Rimuru would free and recruit them. Myulan had erected an anti-magic barrier and thought that she was doing it to save Youm. He thought that if he disobeyed, Clayman would kill everyone in Tempest, including Youm.

But Myulan didn’t know that Youm and the other Tempest troops were strong. So now Youm has to save him and then he will join the Tempest kingdom in the end. Anime has entered an interesting part, and the war will reach full scale in the future as all preparations have been completed. We haven’t seen Rimuru in a long time, and he will likely appear at the last moment. Now what we can’t wait to see is how Tempest will retaliate. The anime is still in early development, so this fight may not last for many episodes.