Prodigal Son’s episode titled “Bad Manners” started off slow because we were a bit out of the main storyline. We have a flashback to Ainsley’s past because it shows how extreme he is in competing to win against Malcolm. The episode starts with another serial killer case that might come off. Malcolm and Gil arrive at the crime scene to find Ainsley trying to interview Gil. The two of them, together with Edrissa, started examining the body. They pay attention to how the body is arranged and pose very neatly. Malcolm profiles the culprit as a serial killer and perfectionist who does not intend to injure the body. For now, the killer was called the bridal butcher but later changed his name to Debutante Slayer. Ainsley questions Malcolm about his arrogant behavior when he gets a glimpse of his conversation with Jessica. Jessica now knew what Ainsley had done to Endicott. 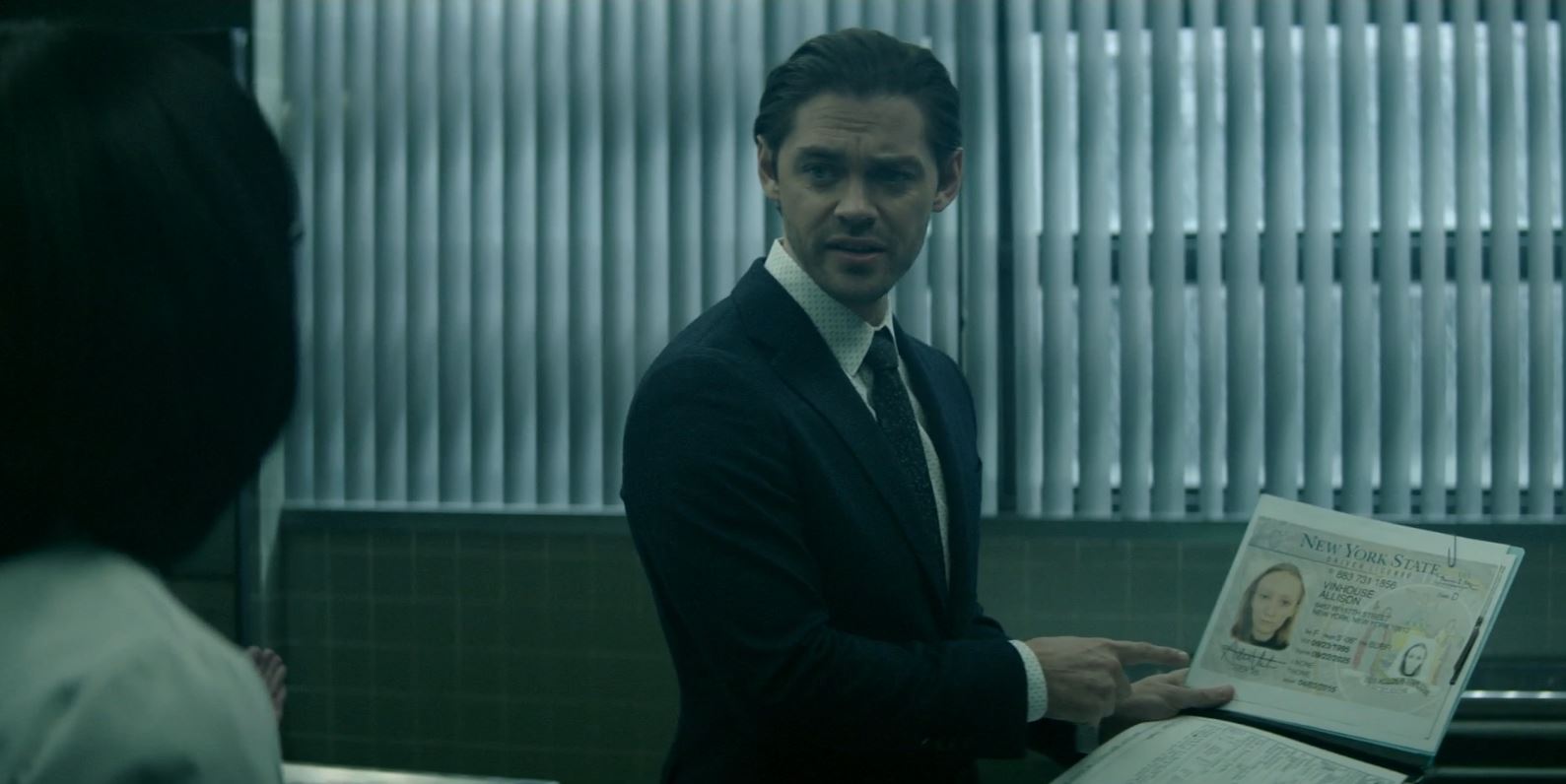 When the body was checked again at the headquarters, we found several things related to the murder. The two victims have one thing in common which is they went to Windsor Etiquette. Malcolm remembered that Ainsley had been to the same place. And the constant pressure to be perfect may have caused a change in her. They noticed how one of the victim’s eyes varied in color, in person, and in ID. In the photo, he has a different eye color, whereas in the person, he has blue eyes. On further examination, they found that the killer had replaced his eye with a doll. This was done to hide her imperfections, portraying her perfectly as a doll. So with two leads, Malcolm heads to the Windsor Etiquette while JT and Gil head to question the local doll maker.

Jessica, now knowing that Ainsley killed Endicott, travels to Claremont. He went there to visit and confront Martin. She blames him for the mentally traumatized children because of everything he did for them to go through. Witnessing their father’s arrest and trial at an early age can injure them with their current condition. Jessica threatens Martin that she will never be able to see Ainsley again because he will take her away. This is an ongoing theme between them as she always tends to forgive him because she needs her help. This is proven to be true at the end of the episode when Jessica returns to Martin’s cell. She asks for her help to save their children from the sad future they have in front of them. Martin reassured Jessica how there was nothing he would not do to save his family. 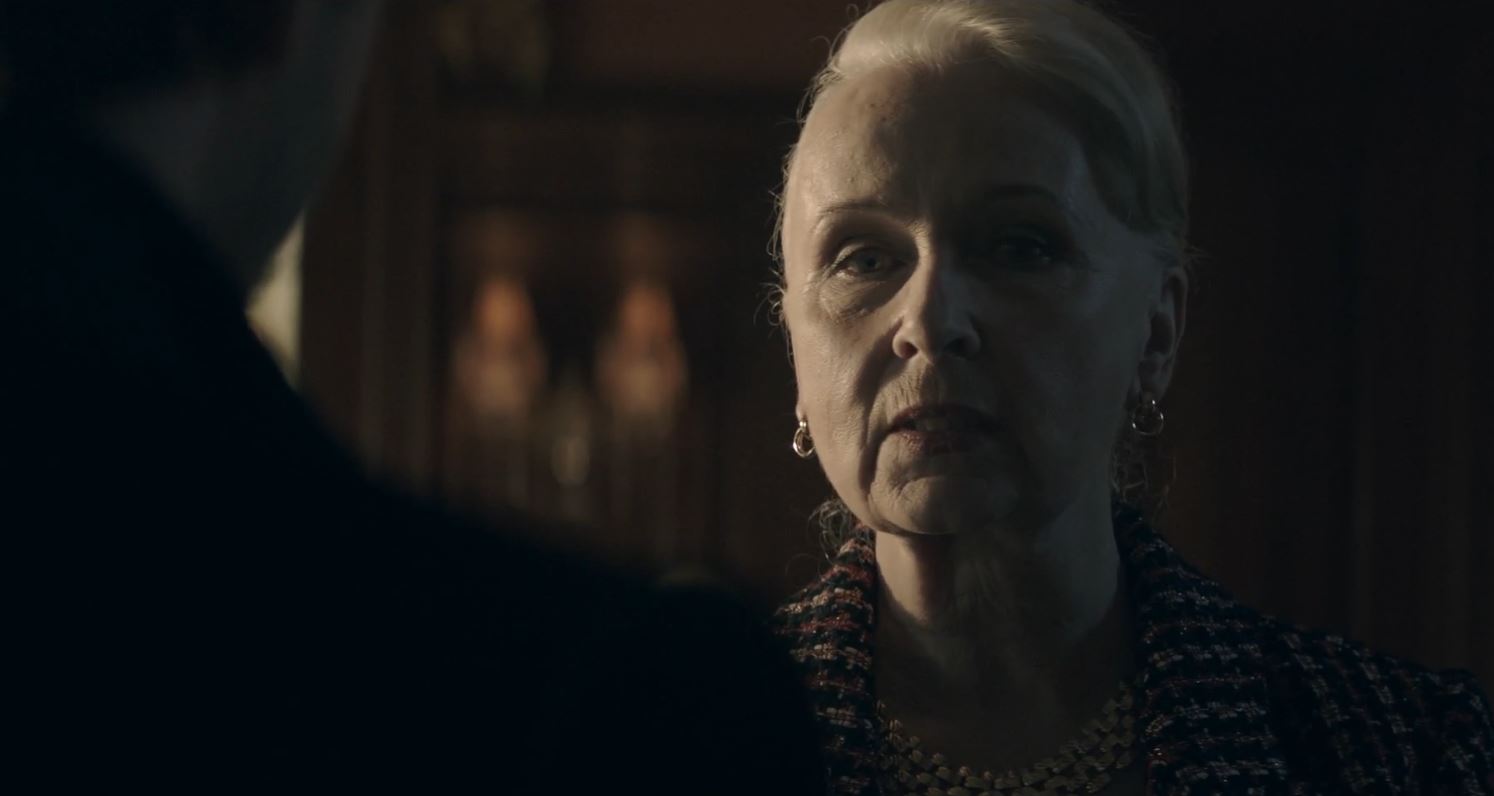 As Malcolm heads to the Windsor Etiquette, he finds Ainsley, who had beaten him to get there first. He realized how Ainsley viewed this murder as a competition to see who could find the culprit. And when they questioned Ms. Windsor, he didn’t provide much information. He covers himself under the pretext of maintaining etiquette. But when Ainsley and Malcolm tried to convince him, Malcolm succeeded. He mentioned what if the NYPD were to come, they would totally turn the place upside down. Ms Windsor takes her to get a note when Malcolm spots a doll in the corridor. As he leaned over her, a woman named Rachel came over claiming that it was hers. Malcolm immediately felt the connection between the school and the doll maker. She learns that everyone at the Windsor Etiquette is given a doll that Falvey made. 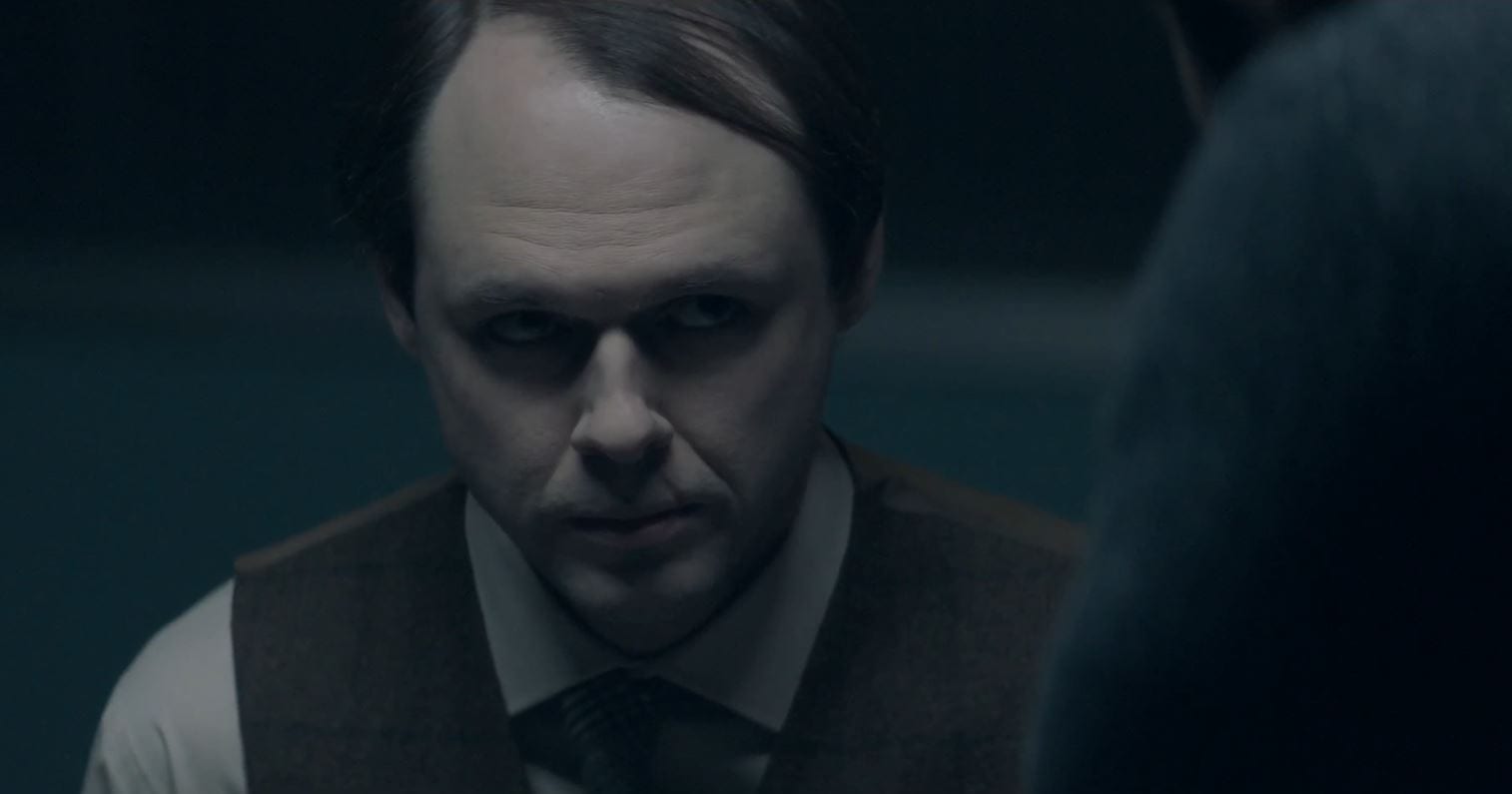 Falvey, The Dollmaker during interrogation.

As the doll replaces the victim’s eye, Gill and JT visit the doll maker, Falvey. The man they had met was quite strange because he seemed to be hiding something. And quickly persuaded to provide information. As they wait, Gil receives a call from Malcolm, who informs him about Falvey making dolls for the Windsor Etiquette. Suspecting him as a suspect, the detectives demanded and detained him. We then find out how even though the man may have a criminal past, he is not the culprit. As Gil interrogates him, Malcolm enters with the head of a very lively doll that Falvey created. He starts mishandling it, which puts Falvey on the job. While this is happening, Malcolm thinks Falvey has a strange inclination towards inanimate objects, which are only fetishes and nothing to be genuinely hostile to. 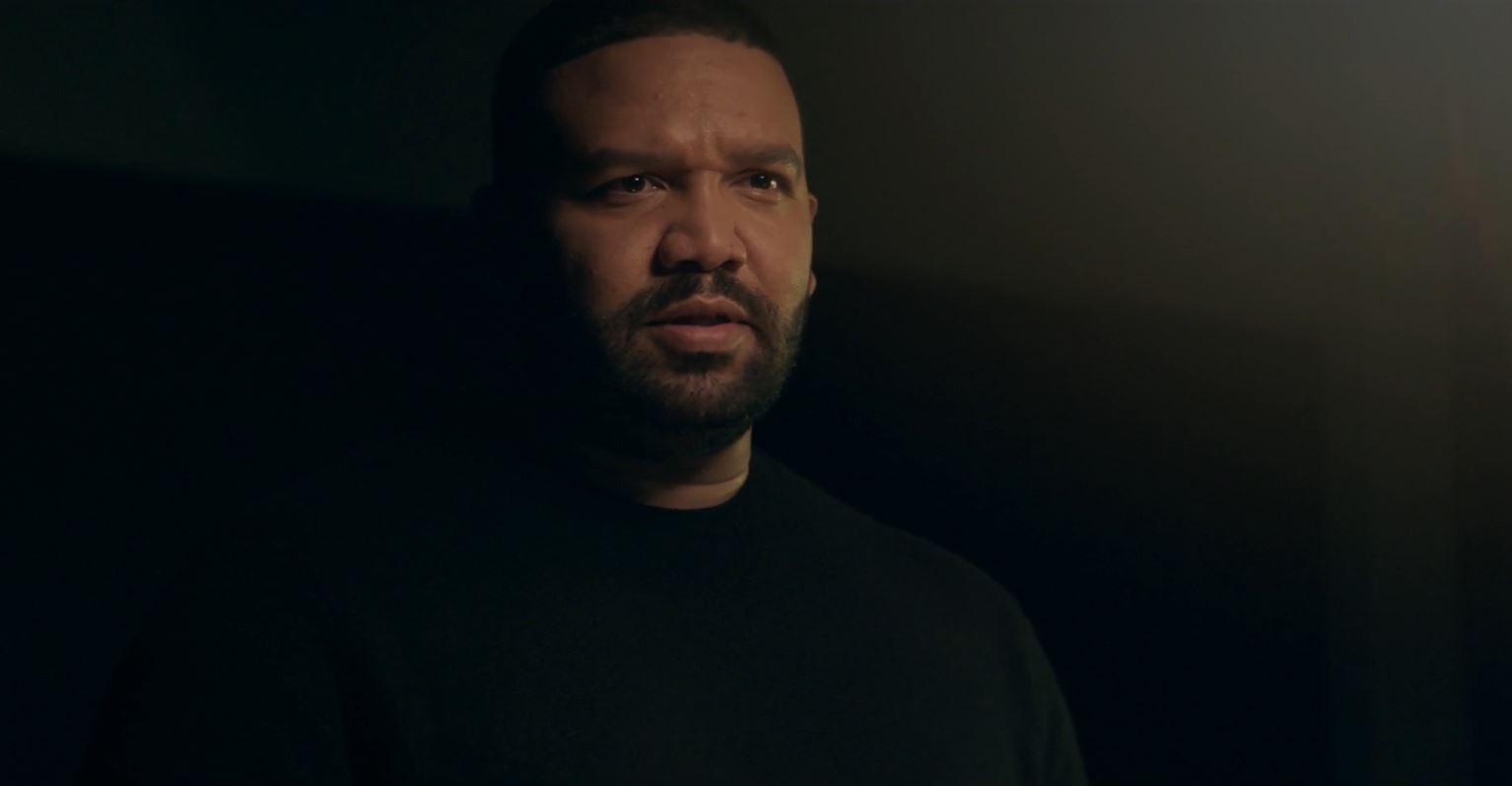 JT decided not to press charges against O’Malley.

We saw JT Tarmel’s return to Prodigal Son as he returned after becoming a new father. In the first episode of the season, we saw how Officer O’Malley attacked JT. A white officer made him chuckle as he uttered the word ‘boy’ which was directed at JT. We then joined him with Gil, O’Malley, and union representatives at an office at the police headquarters. Where they discussed whether Tarmel should press charges or not, O’Malley tried to defend himself, saying that it was the scene of a dark case and JT could be the culprit. When JT received a message from Malcolm, they decided to help him. When he was leaving, he decided not to press charges. JT believed that he did not have that kind of hatred for O’Malley. Dan O’Malley is a coward, and that’s why he’s a bad cop. 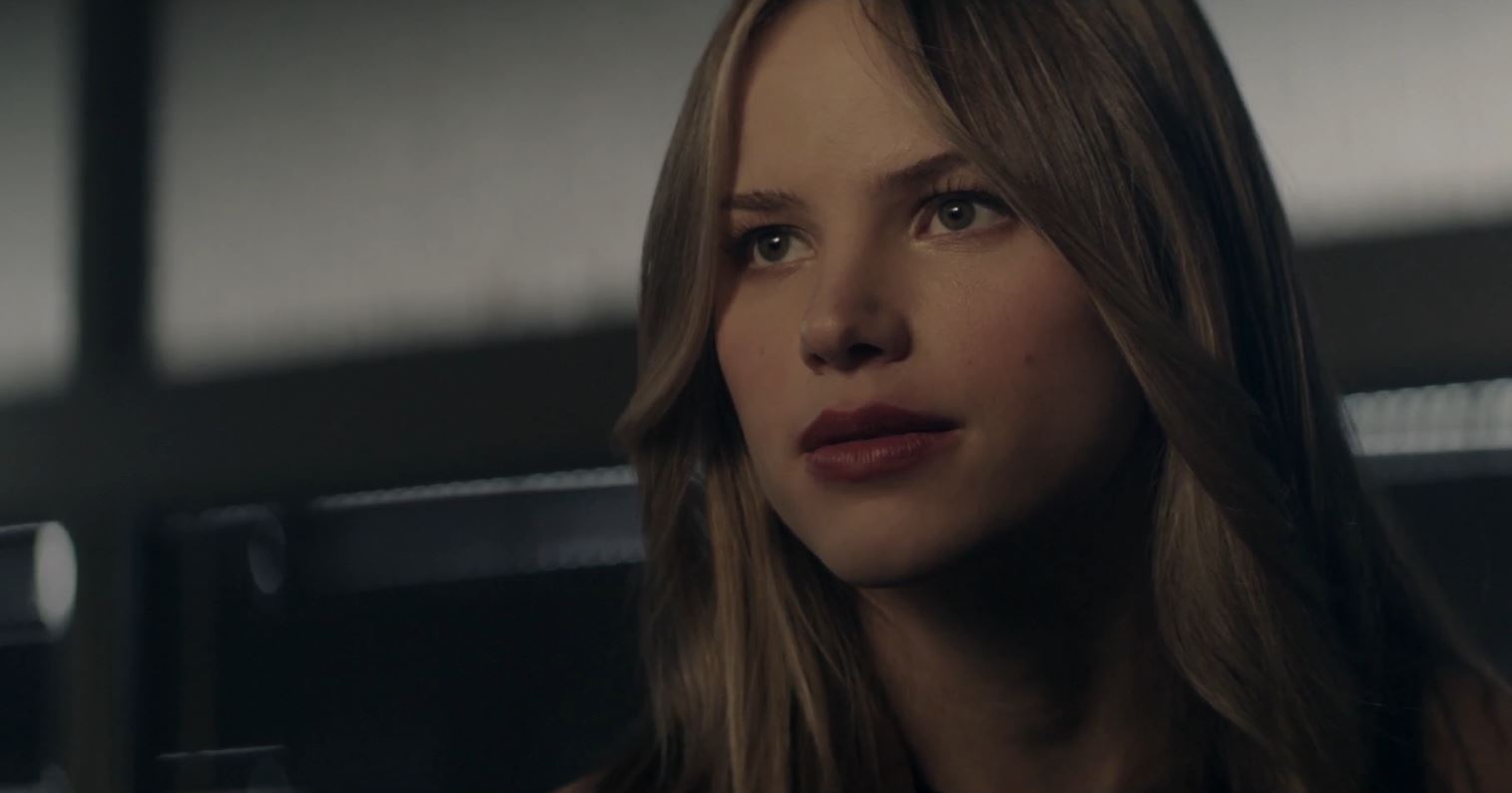 Ainsley refused to stop his investigation into the case.

As a surgeon’s daughter, Ainsley is capable of some inhuman things, but we see her competitive side in this episode. She is seen working on case notes in Martin’s basement office, which worries Jessica. She believes that Ainsley’s condition will get worse as she continues to get deeper into serial killer-type cases. Apparently, Ainsley was trying to reach all of her friends from behind at the Windsor Etiquette. And he found a source to give him some information regarding the case. When Ainsley reaches the scene, he becomes the third victim of a serial killer. Dan Ainsley shoots a cell phone video and releases it as part of the story, which angers Gil. He basically shot a promo at the crime scene and was desperate to catch the killer before Malcolm. He further denies cooperation and leaves, which Malcolm later denotes as Windsor Etiquette.

When Malcolm arrives, claiming he knows the culprit is at school, we realize Rachel is the killer. Ainsley was upstairs with her, Malcolm rushing in to save her. The tea is thought to have sedated Ainsley when Rachel was about to pull her eyes out. As it turned out, Rachel was Ms. Windsor, jealous of not showing affection from his mother. Ms. Windsor used to mold other young women into what she thought Rachel should be. Rachel killed these debutants because they had rejected their manners. And Rachel saw it as her responsibility to convey it to them. 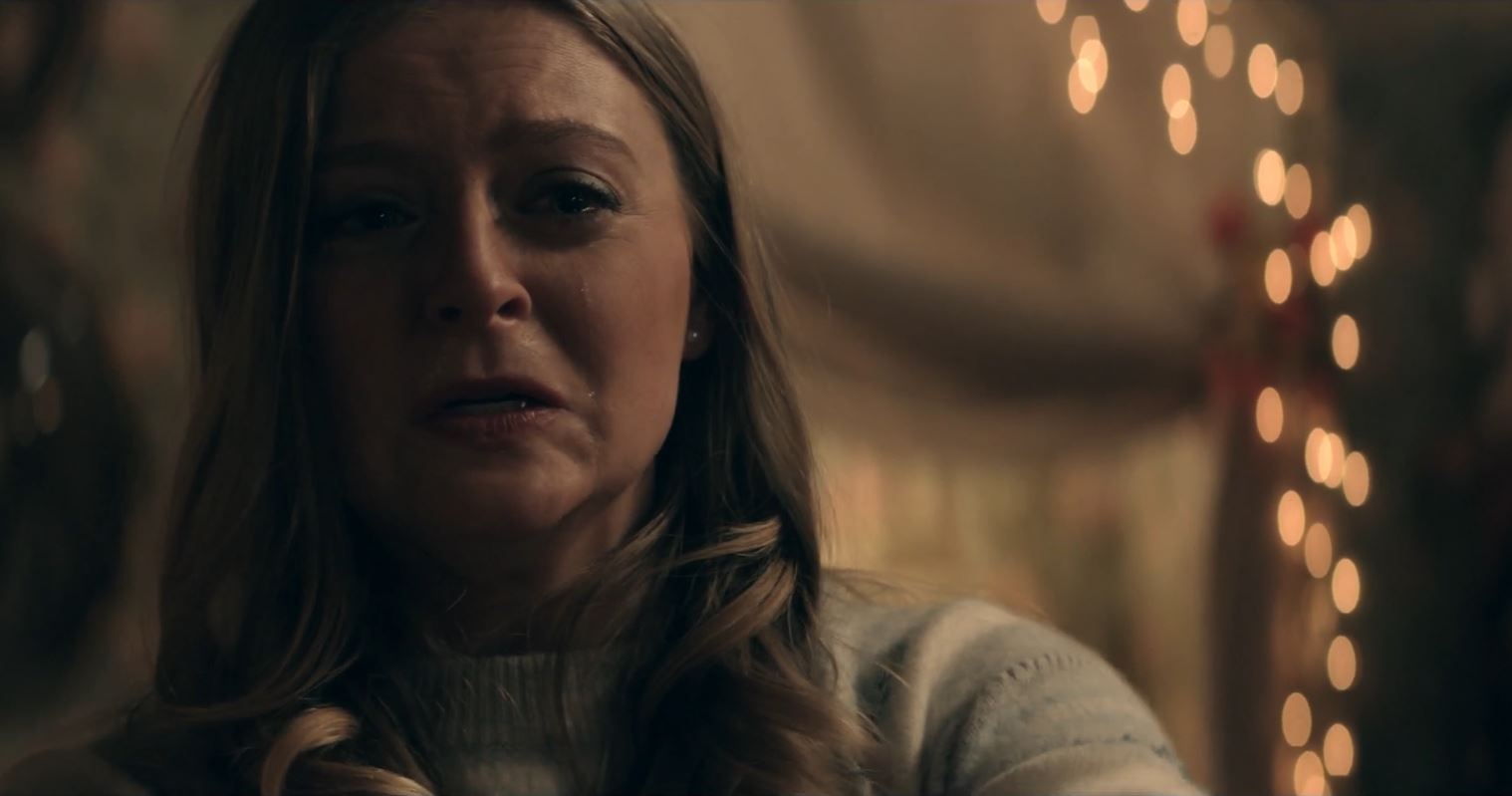 Rachel, the killer, and Ms. Windsor.

When Malcolm arrived, he saw that Rachel had actually written off the names of the victims. And Ainsley was actually pretending to be passed out as she prepared to attack Rachel from behind. Malcolm tries to stop him when he finally knocks Rachel out. Meanwhile, Ms. Windsor decided to commit suicide. So, gas goes out throughout the house. Malcolm kissed her and hurried outside with Ainsley and Rachel. When Ms. Windsor blew up the house, Rachel was caught, and the siblings have time.

Even though this Prodigal Son episode didn’t have a lot of plot movement, it did work for character development. Ainsley seemed to be recalling her depressed memory from the night she killed Nicholas Endicott. The Prodigal Son seems to be moving into a story arc where Martin is set on a quest to help his family. Jessica has realized how her children are more like Martin than she ever knew. And we might see more of her interactions with Gil and their one-sided love story. We don’t get to see Dani in this episode, while it seems that we ended up ending JT’s short line with a racist attitude towards him. Overall it was a decent Prodigal Son episode, nothing more, nothing less. As said before, the character developments are small but not very charming.

You can watch all episodes by Prodigal Son at Amazon Prime video and Fox.