Home Entertainment On the Verge of Insanity Episode 10: Preview & Where to Watch

MBC’s workplace drama, On the Verge of Insanity, doesn’t include anything too fancy. This drama depicts the harsh reality that anyone can face while working in a company. It is common for every company to carry out layoffs, voluntary resignations, corruption, etc. Another thing is to climb the ladder and get to a higher position using any method possible. In Verge of Insanity, this drama portrays the same picture. The event begins with simple voluntary resignations, layoffs, and departmental shifts for several employees at a company. But, the same is now displayed internal politics within a company. So, what will happen in On the Verge of Insanity Episode 10?

In the last episode that aired, the auditors came on a tip and started an investigation on the company director for corruption in the bidding. However, Se-Kwon is involved in the same thing. Will his deeds finally appear before everyone? or Will he escape once again using his tricks? As we already know, how war has been going on between Se-Kwon and Mr. Choi since the latter’s arrival at the company. Se-Kwon is somewhat in a higher position than Mr. Choi. This leads to him arbitrarily using his position and shifting Mr. Choi to the HR department.

Now, Mr. Choi is back at the research department. Can they solve their problems and settle the grudge between them? Se-Kwon like other employees just wants to please his boss and achieve success because of that he uses evil means. However, Mr. Choi is the opposite and just wants to do his job.

On the Verge of Insanity Episode 10: Release Date 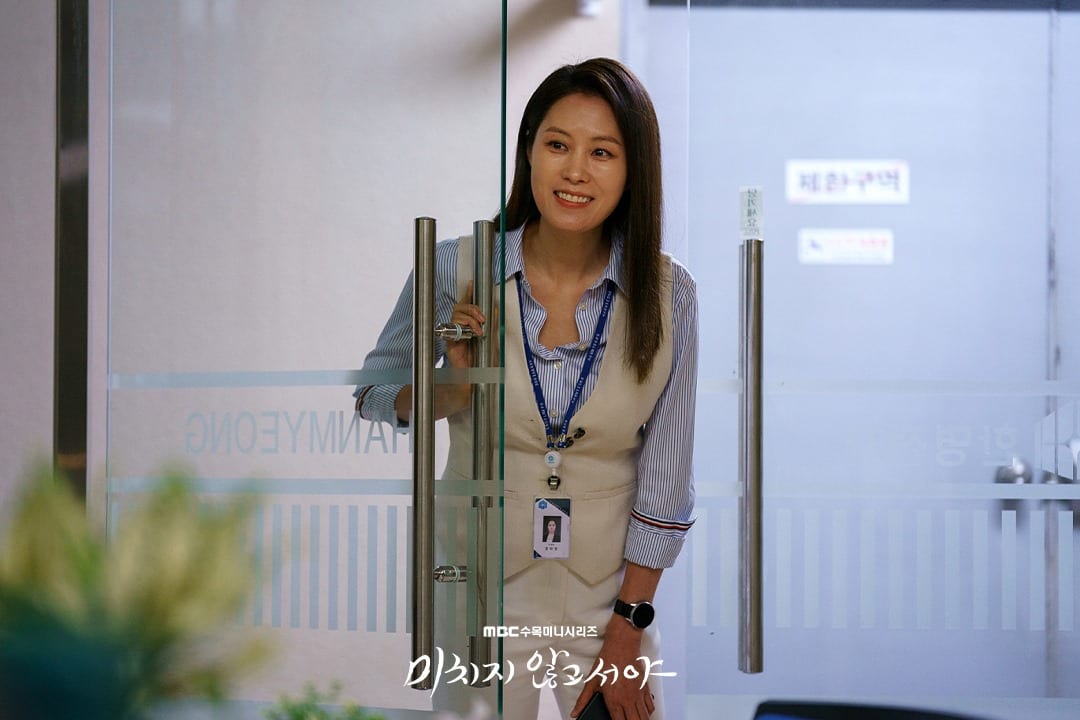 A glimpse of an episode of On the Verge of Insanity featuring Dang Ja Yeong (credit: MBC)

On the Edge of Insanity Episode 10: What Will Happen?

On the Verge of Insanity Episode 10 does not have any previews at the time of writing. In addition, the broadcast of episode 9 of the show has not yet been carried out. But, we already know how Han Se Kwon and Dang Ja-Young faced problems in their work due to the sale of dishwashers. Future episodes will feature more issues if they can address the same or not. In addition, Mr. Choi knows about the problem with the dishwasher and is desperate for all those involved to be punished. Somehow, Seo Na Ri finds out about the matter where Se Kwon was involved in supplying a faulty microchip for the dishwasher. He also knows how Ja-Young found out about the same thing and protected Se Kwon. Will he do something and reveal their true faces for his own competition.

On the other hand, Mr. Choi has complete confidence in Ja-Young that he will reveal everyone behind the broken offer. However, he asks the auditor to overturn things that take Mr. Choi by surprise. Will this lead to a gap in the relationship that develops between the two? What will happen to their relationship? Furthermore, Ja-Young finds it difficult to concentrate and solve problems alone in the HR department after Mr. Choi leaves for another department. Future episodes will focus on the same.

What will happen to Ja-Young and Se-Kwon? Can Se-Kwon manage to escape the auditors after Ja-Young helps him? Will the two be fired after the revelation takes place? Can Ja-Young overcome the crisis and pave the way for successful dishwasher sales? After all, it was he who recommended doing the same to the president of the company. The upcoming episode will reveal everything that will happen to Se-Kwon and Ja-Young.

On the Edge of Insanity Episode 10: Where to Watch Online?

On the Verge of Insanity Episode 10 is available to watch online on only the two official apps. They are Kocowa and Rakuten Viki respectively. However, this event is only available in certain countries in both apps. Therefore, one can use a VPN to watch shows on this app.