Mouse Kdrama has taken an unexpected turn. Recently, we discussed how Jung Ba Reum (Lee Seung Gi) turned a full story into a show. As it turns out, Ba Reum is the psychopath and mastermind behind all the murders that take place on the show. It’s hard to digest the fact that we’ve played this long. But that’s the interesting part of the story. Now, fans are wondering about how the show will follow the upcoming plot. Luckily, tvN has updated us with some new posters for the show. And it definitely gives us a glimpse into the upcoming episode. Also, it hints at an upcoming special episode. So getting all the new details about the Kdrama Mouse, scroll down.

Mouse is a South Korean thriller television series. The show follows a tense story and is based on the single question, “What if we could identify a psychopath beforehand?” In the show, one can predict future psychopaths by running tests on a pregnant woman’s uterus. Also, a psychopath serial killer is on the run, and powers are out to catch him. Jung Ba Reum (Lee Seung Gi) is a rookie police officer who meets a psychopath and fortunately returns safely.

Since the first episode, Ba Reum, along with his seniors and colleagues, are looking for evidence to catch the killer. And after 15 episodes, it was revealed that Ba Reum was the real culprit. He is 99% the psychopath and the killer.

Fans are now wondering about Ba Reum’s fate and how his story will turn out. Fortunately, Lee Seung Gi’s new poster reveals some of our doubts. See below.

On April 23rd, tvN released a new poster for their crime drama, Mouse. The thrilling poster features Ba Reum as he embraces his true self, “The Predator”. The new poster clearly shows his motive through his expression, and all our confusion is clear as to what Ba Reum wants now. Apart from that, the poster also gives us clues about his future plans. The most important person in his life may now be his target. 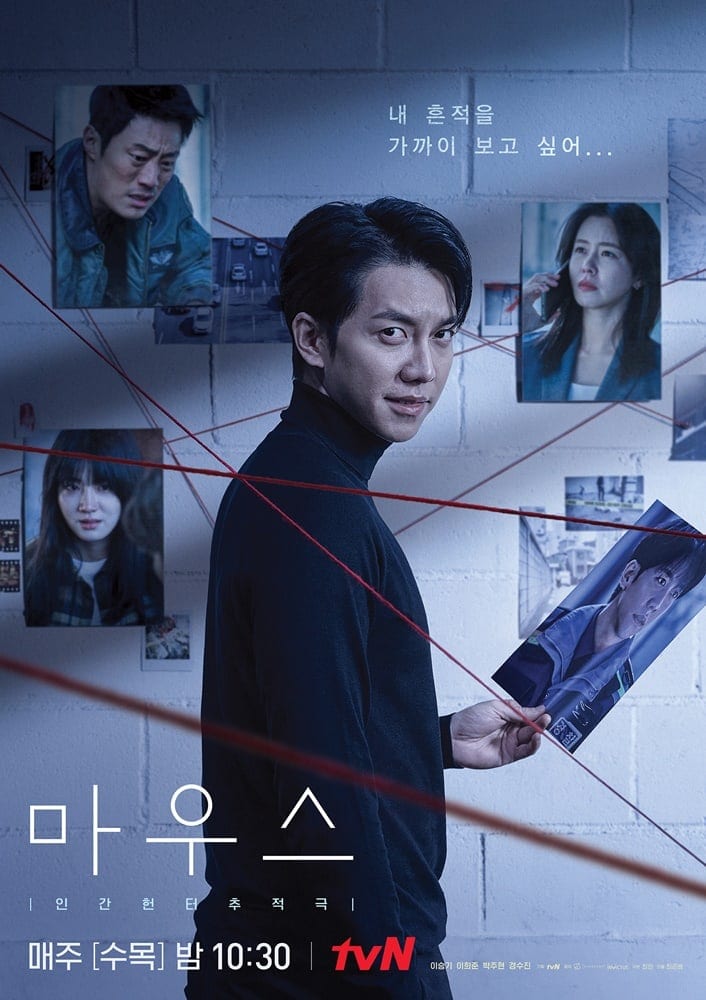 In the poster, we can see a wall with photos of Go Mu Chi (Lee Hee Joon), Choi Hong Joo (Kyung Soo Jin), Oh Bong Yi (Park Ju Hyun), and Ba Reum’s innocent and fake self. All the images are linked to each other via a common thread, and the caption reads, “I would like to have a closer look at my footsteps.”

Still figuring out what this means, we can still confirm that Ba Reum is planning another evil act. But in the last episode, Dr. Daniel Lee asked him to take revenge by killing all predators and psychopaths. However, we don’t know exactly what Ba Reum will decide. Will he give up, or kill the future psychopath, or hurt the people closest to him.

What we do know at this point is that the show will be interesting, and will definitely attract more viewers and fans. Also, 2 new special episodes will be released next week. Titled Mouse: The Predator, they will portray the play’s true motives and hidden plans.

As the show reaches its end, it gets even more interesting. Mouse episode 16 will answer all questions. So, make sure to check it out. Mouse episode 16 will be released on May 5 at 10:30 p.m. KST. International viewers can easily access the show Rakuten Viki. On the other hand, the show’s home country watches new episodes on the tvN network every Wednesday and Thursday. 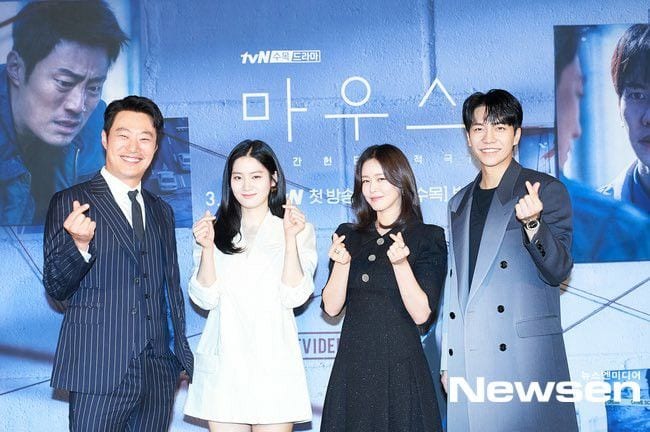 This show is led by Choi Joon Bae (My Dearest Lady, Come and Hug Me) and Kang Cheol Woo (Rugal, my Secret Romance). Choi Ran wrote the show, while Jeong Hoe Seok and Nam Gun Jung served as producers. The show’s scriptwriter was inspired by the 2017 Incheon Elementary School Murder case for the show’s story. This makes the show even more exciting and thrilling.