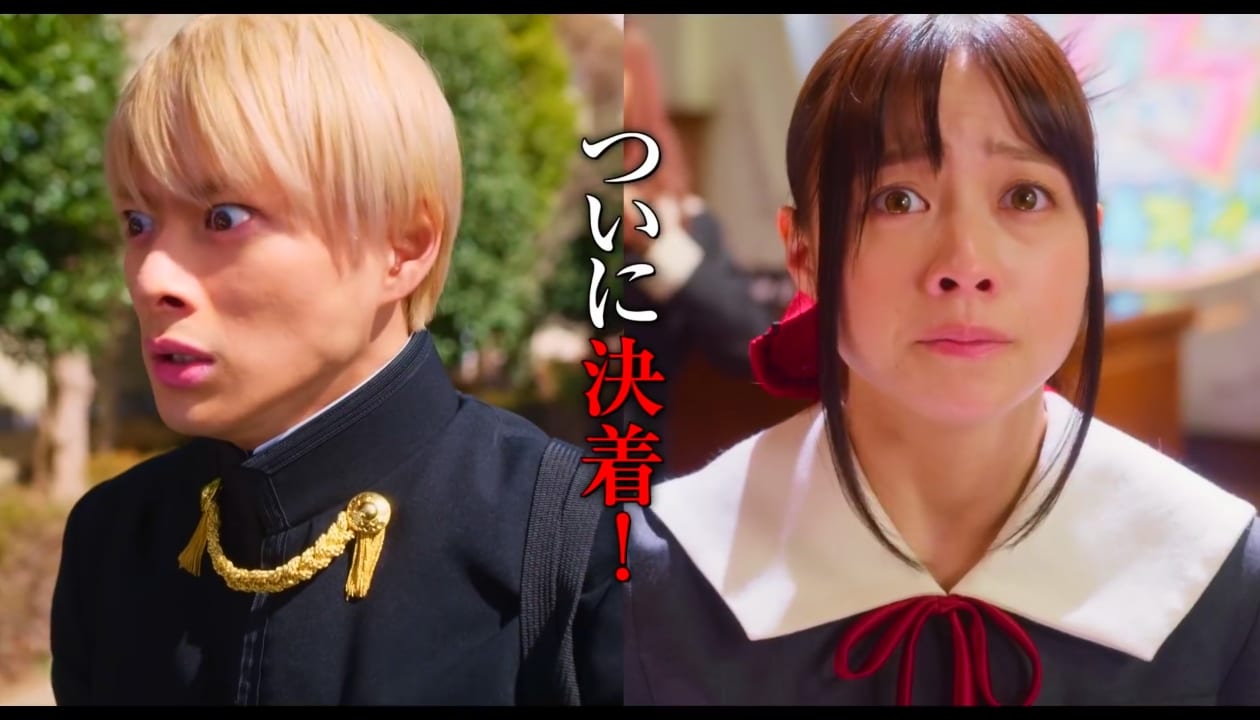 Of the many entertaining shoujo manga, one of them is Kaguya Sama: Love is War. This comedy manga was adapted for an anime which continued for a second season as well. It was recently announced that the anime will be returning with a third season as well. While an anime adaptation is in the works, Hayato Kawai is directing a live-action adaptation of the same manga. The first film was released in September 2020. The film received a good response from viewers, prompting the creators to release a sequel. Recently, the release date of Kaguya Sama’s second live-action film and opening theme was announced. The film will be released in Japanese theaters. It may take a while before the film becomes available to international audiences.

The first live-action film Kaguya Sama: Love is war is indeed very entertaining. Dramatic acting adds to the manga jokes we really like. The announcement of this sequel is sure to get fans of the work excited. Most fans of the anime series have also come to appreciate the well-crafted versions of the manga. Perhaps this is why the sequel to Kaguya Sama’s Love is War Live-action adaptation is not surprising.

Many mew details have been updated. Promotional footage and videos show the great effort the creator has put into creating the work. When the film comes out, we expect it to be as good as the first part. Here are all the latest details of the live-action film Kaguya Sama 2’s release date and opening theme.

About ‘Kaguya Sama: Love Is War’

Written by Aka Akasaka, Kaguya Sama: Love is War is set at Shuchiin Academy. It revolves mainly around two students; Miyuki Shirogane, student council president, and Kaguya Shinomiya, student council vice president. This story puts love on the battlefield of ‘who will confess first’. Both students are certified geniuses and brilliant strategists, skills most depicted in the entire manga. Their most trusted principle is that the person who professes to be in a romantic relationship becomes the slave of the other. As such, they should strive to be the one who confesses rather than the other way around.

As expected of any romantic manga, Kaguya and Miyuki fell in love with each other. But each carries a sense of pride that stops them from confessing their feelings out loud. Thus begins a game of cat and mouse where the two set a trap to make each other claim to win the ultimate love battle.

The story continues with their desperate mind games with the involvement of those around them. A very entertaining series overall, Kaguya Sama: Love is War is highly recommended to read and watch. The manga is available at That is Media or Shueisha’s Manga Plus app.

As previously mentioned, the release date of Kaguya Sama’s second live-action film and opening theme has been announced. The film will be titled Kaguya-sama wa Kokurasetai 2: Tensai-tachi no Renai. It is also known as Kaguya Sama: Love is War Final. The film was announced earlier this year in January 2021.

Kaguya Sama 2nd Live-action Movie will be released on August 20, 2021. The film’s opening theme is On The Moonlit Night When You Fall In love, hosted by King and Prince.

The new trailer has been updated a day ago which gives us a lot of new insights about the film. However, what plot the film will take is still unclear. However, it looks entertaining enough for us as fans to look forward to it.

Kaguya Sama: Love is War 2nd The live-action film will continue most of the cast from the first film in addition to new cast members. Kanna Hashimoto, Sho Hirana, and Nana Asakawa will return as Kaguya Shinomiya, Miyuki Shirogane, and Chika Fujiwara, respectively. We will also see Hayato Sano as Yū Ishigami and Mayu Hotta as Ai Hayasaka.

In addition, Miko Iino will debut in the film, played by Yūka Kageyama.