The story of the Chosen Ones continues, led by the eight peaks in search of strength to counterattack the Great Calamity. Find out more about evolution and the Chosen One in the latest episode of Digimon Adventure. The Chosen One has no clue about the Great Calamity approaching the Digital world. Taichi and Agumon continue their journey after helping Yamato defeat his enemy. Meanwhile, at Kido’s natural hot springs, Hikari and the Digimons enjoy relaxing there. Hikari and Takeru received messages from Taichi and Agumon.

Patamon has recovered, and Takeru tells Taichi that they will be leaving the hot springs soon. Joe was happy that even the Sacred Digimon enjoyed the springs. Kyoshiro talks to Taichi about Wisemon’s research team sending Honeybeemon to pick them up. The two also talked about data recovery, and Kyoshiro said they were thinking about leaving soon. The Great Catastrophy is still a mystery since Wisemon predicts it will happen. Kyoshiro reminded Taichi to follow the direction indicated by Digivice. Suddenly the communication was cut off, and the sky became pitch black.

Tachi and Agumon were swallowed by the giant green eyes. The title of the episode is “Contact From Disaster”. The two wake up in another world, and Agumon wonders what this world is. A mysterious army of Digimon appears, and Taichi realizes that they have fought these Digimon in the past. Algomon shoots a laser beam, and Agumon admits that Tentomon fought with Algomon. The crew of Algomon are the ones who took over the ships of the world and almost caused a major catastrophe. Taichi noticed that Algomon appeared on the network as well as in the Digital World.

Algomon evolves into a Digimon that can speak and call Taichi and Agumon’s names. They form a pact and turn to the Devil, Algomon, who says Taichi Yagami is a human child and one of the Chosen Ones. Algomon says Agumon is a Digimon that can evolve through connection with the Chosen One. Taichi asks what Algomon wants, and Agumon asks if they will avenge their defeated friend.

Algomon reveals that they were created to carry out a mission and fulfill their creator’s will. They wrapped Taichi in a tape, but Agumon managed to jump. Agumon defeated the first group by slashing them with his claws. He was surprised to see many copies of Taichi calling him. Agumon wondered which one was the real Taichi. The two of them ran towards Agumon, but they were caught in the neck collar. 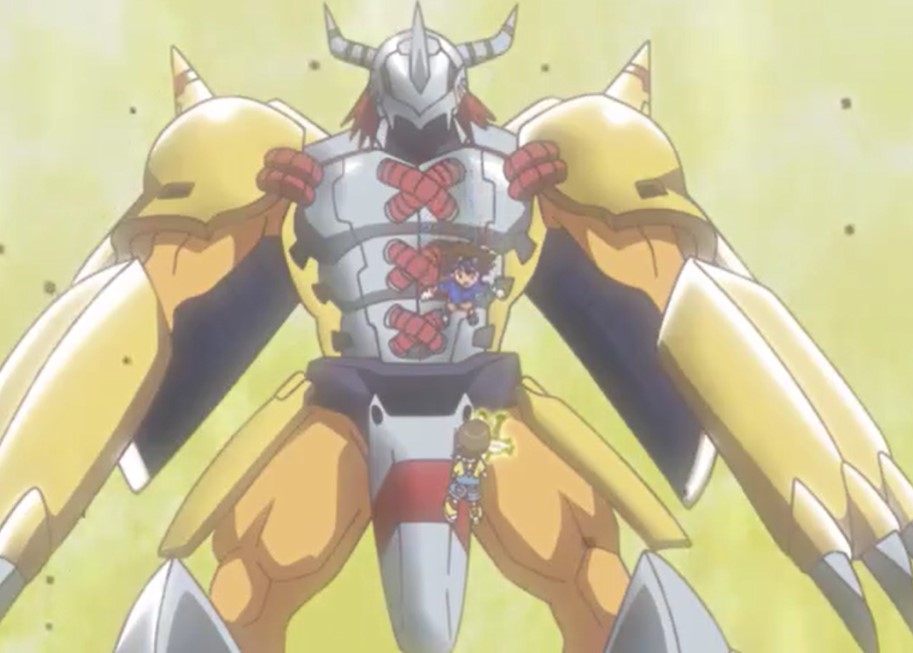 Agumon became confused, wondering which man he should save. But some of them told him they were fine, and some told him to protect them. Agumon jumps in and saves the exploding fake Taichi. Agumon realized that if he messed up, he might make the real Taichi explode. Algomon reminds Agumon that he is running out of time since he touched the fake Taichi. They are all programmed to explode if they are freed from their bonds. Algomon disappears, and Agumon asks him why he did this.

A voice replied that this was an experiment and there was only one way to escape from this place. Agumon must save the real Taichi Yagami to escape this dimension. Algomon tells Agumon that he must hurry or Taichi’s pulse will stop and take responsibility for Taichi’s murder. People start saying they are the real ones, and others say Agumon knows and he should choose his Taichi. They were trying to mess with Agumon.

The other told Agumon to run away, and the second made fun of Agumon. He tried to think and tried to free the person who was talking about voting, but the person exploded. Agumon realized they were playing mind games with him, but he would not give up on Taichi. After a long battle, Agumon manages to find Taichi after realizing that Taichi will never cry for help when he is in danger. Agumon uses Baby Flame and Taichi for free. The two reunite and decide to defeat the enemy. He entered Metalgreymon Mega Evolution and transformed into Wargreymon. Wargreymon defeats Algomon, and the two return to their world.